The drought of 2018 posed major problems for Marc Jones, but it was also a turning point. The combination of free-draining soil and south-facing slopes on Trefnant Hall Farm, a tenancy on the Powys Estate, meant his traditional ryegrass leys burned off.

Forage production was worryingly low at just 6 t DM/ha compared to a typical 12-13 t, but Marc could see a way forward.

Marc had been trialling some alternative grasses and the difference in performance was clear. “During the drought, the herbal leys were the only green fields growing on the farm,” he says.

Marc had first become interested in herbal mixes and their drought tolerance while visiting New Zealand as a Hybu Cig Cymru scholar in 2010. Since then, he has also taken note of British farmers adopting a similar approach and kept up-to-date with research. 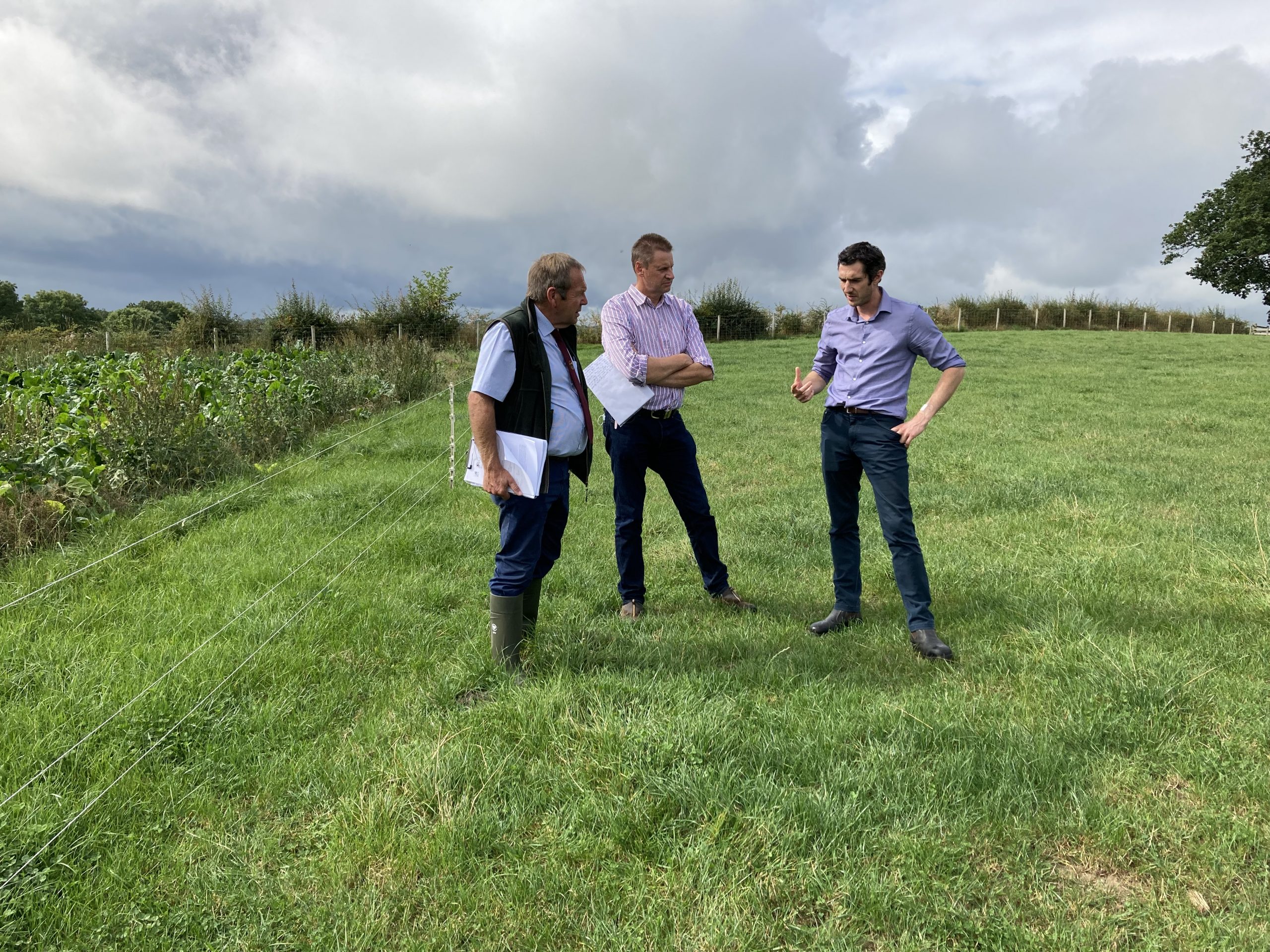 He started to move more of the farm into herbal leys with multi-species such as chicory, plantain, birdsfoot trefoil, cocksfoot and both red and white clover. Those multi-species have continued to prove invaluable with the changes in rainfall.

Marc works in partnership with his parents, Jane and David, and together they rear Angus dairy crosses and New Zealand Romney sheep.

Finishing at 24 months, there are typically two batches of 350 beef animals on the farm at any time. They have around 800 sheep, including ewe lambs, and therefore a lot of mouths to feed through the winter months.

Fodder beet has proven itself for winter grazing for both cattle and sheep, he says. “We find it is a very consistent crop at Trefnant, producing 15 to 25 t DM/ha even in very dry years.

“It means we can outwinter the cattle for about 50 per cent of the cost of housing them.” It also helps maintain growth rates of 0.7 kg/day during the winter months, he adds.

For the sheep, it provides a high-energy diet. However, as it is low in protein, Marc moves the ewes onto grass at the beginning of March, a month before lambing starts.

“Fodder beet provides the majority of our winter forage, but we still need quality silage,” he says.

For this, he uses an Italian and hybrid ryegrass mix with red clover aiming for a two to three-year ley. “We wanted a fast-growing crop to outcompete weeds after beet and to produce some silage as quickly as possible,” he explains.

Red clover offers both drought resistance and adds bulk to the crop. “It is cut twice in its first season and three times in the second. The plan is to stitch in herbal leys about three-quarters of the way through the second or third season to give it a bit of shade and help. Then we still have some Italian ryegrass and red clover in the system for grazing or silage if needed.” 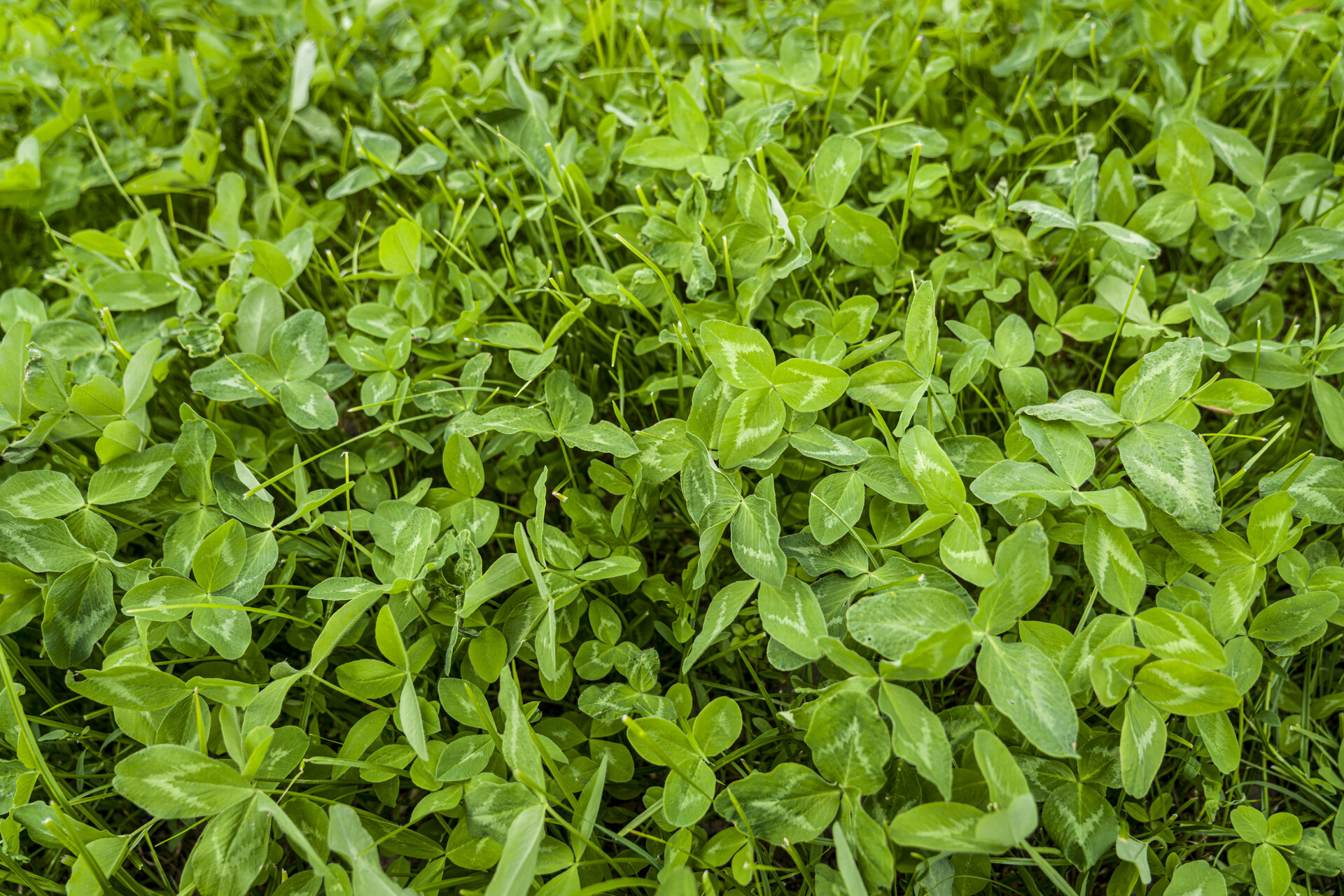 There is now around 40.5 ha of herbal leys across the farm. They have performed consistently during the summer months, says Marc. “Ryegrass heads as soon as it’s stressed in a dry period and we lose the quality. Changing the mix of species allows us to grow grass in those very dry periods and the stock do exceptionally well on it.”

The use of fodder beet, followed by rotational grazing means Marc doesn’t need to feed any concentrates around lambing time. After weaning, the lambs are given priority, grazing the herbal leys ahead of the cattle to maximise growth rates.

Involvement in Grasscheck GB has also proven invaluable and his weekly plate measurements give in-depth knowledge of the farm’s grass growth, says Marc. “It is good to compare what we are doing with other farms. The weather station is a key part of that.

“We were the driest farm in the UK for periods of the summer months – not what you’d expect for the Welsh borders!”

The Agrinet app also helps with budgeting, he explains. “It tells us when we are running short and helps us make decisions on selling stock.”

In the future, Marc plans to extend his approach across a new 81 ha block taken on nearby. “Some of the older fields will go into diverse cover crops and then herbal leys to improve soil quality, out-compete weeds and start the soil working for us.

“Like many farmers, we also plan to drop our applied nitrogen rates and focus on soil. Regenerative agriculture is a big part of our future.”

Commenting on Marc Jones, Germinal grass and forage expert Helen Mathieu, said: “Marc has challenging terrain with steep fields and shallow free-draining soils. His emphasis is to grow more grass and forage all year round.

“His use of different species to cope with drought and extending his grazing with fodder beet is particularly impressive. All three finalists are very good grassland managers, but Marc’s production levels and focus on diversity and the environment gave him the edge.”

For advice on how to sow herbal leys, contact a Germinal grass and forage seed expert today.

Germinal’s Ben Wixey explains how brassica forage crops have a lot to offer as a valuable...
BGS 2021 Grassland Farmer of the Year Marc Jones is hosting his Winner’s Farm Walk on 24 May...
There are five reasons why red clover could be the answer to filling your forage gap in 2022.
Germinal is supporting the research of multi-species grazing trials at University College Dublin...
View all