Since 2011, grassland researchers have proven that the volume of nutritious grass that’s grown and utilised on livestock and dairy farms is fundamental to profitability. This guide can help farmers with their planning when reseeding grassland.

The likes of Laurence Shalloo, Liam Hanrahan and other grassland experts have determined that older swards produce a lower herbage yield and are less viable.

In contrast, reseeding with perennial ryegrass seed can provide higher yields to increase the production of meat and milk while reducing bought-in feed costs.

For a cost of approximately £450-500 p/ha or £180-200 p/acre, Germinal believes that reseeding with perennial ryegrass (PRG) can return your investment within one to two years in terms of dry matter (DM) yield.

The Agriculture and Horticulture Development Board (AHDB) estimates the average UK grass yield on a dairy farm to be 8.1t DM/ha, with lower levels reported on beef and sheep units because of rotational grazing. This would suggest that the average proportion of PRG on UK farms comprises less than 70%.

Above, you can see that the level of metabolisable energy (ME) per hectare for new leys with 95% PRG can be 45.3% higher than old leys and 112.2% higher than permanent pasture.

Pastures that are overrun by bentgrasses and meadow grasses will yield less and offer a lower D value. Above, you can see that a grass ley with just 50% PRG offers a 65% mid-summer D value. However, if a ley can achieve 75% PRG, then the mid-summer D value can reach 70%, according to research from AHDB.

A further issue of a 50-75% PRG ley is that bentgrasses and meadow grasses respond poorly to nitrogen, thus requiring more applications and increasing costs. For example, if perennial ryegrass offers a 100% response to 50-100 kg nitrogen application, then Yorkshire fog would be a 42% response and rust meadow grass 17%.

Domestic and imported nitrogen costs per tonne have increased by nearly 200% between December 2020 and 2011, according to AHDB.

Grass provides 60% of the energy requirement on dairy farms – more on beef units – and up to 90% on sheep units. So, when PRG declines in a sward, this creates a financial strain when nitrogen requirements increase.

With perennial ryegrass seed, farmers can reduce their dependence on bought-in feed. This grass species is more nutritious and can help livestock to digest grass protein more efficiently and reduce the environmental impact. Among the emissions that can be cut are ammonia, methane and nitrous oxide.

Going further, perennial ryegrass can be paired with white clover or red clover. Not only will the livestock benefit from higher levels of nutrition, but the clover plants will also help to fix nitrogen in the soil. This nitrogen fixation can start to lower your need for applied N after the first year of sowing clover.

According to Nature Education, cover crops can aid carbon sequestration in soil. Fertiliser production is estimated to account for 2.5% of global greenhouse gas emissions, meaning that nitrogen fixation from crops could be a powerful tool for farmers in the UK. Cover crops can also help to minimise soil erosion while adding nutrients.

When drafting your reseeding plan, you need to think about soil health in your grassland pastures. Between the climate and everyday usage, soil can be damaged and will require attention before sowing agricultural grass seed for your reseed.

Routine soil testing can allow British farmers to ascertain fertility, health, and structure. To perform a soil test, dig a square on three sides and flip the soil sample over from the opposite of the undug side. This method will provide a truer representation of the soil structure and aggregates. 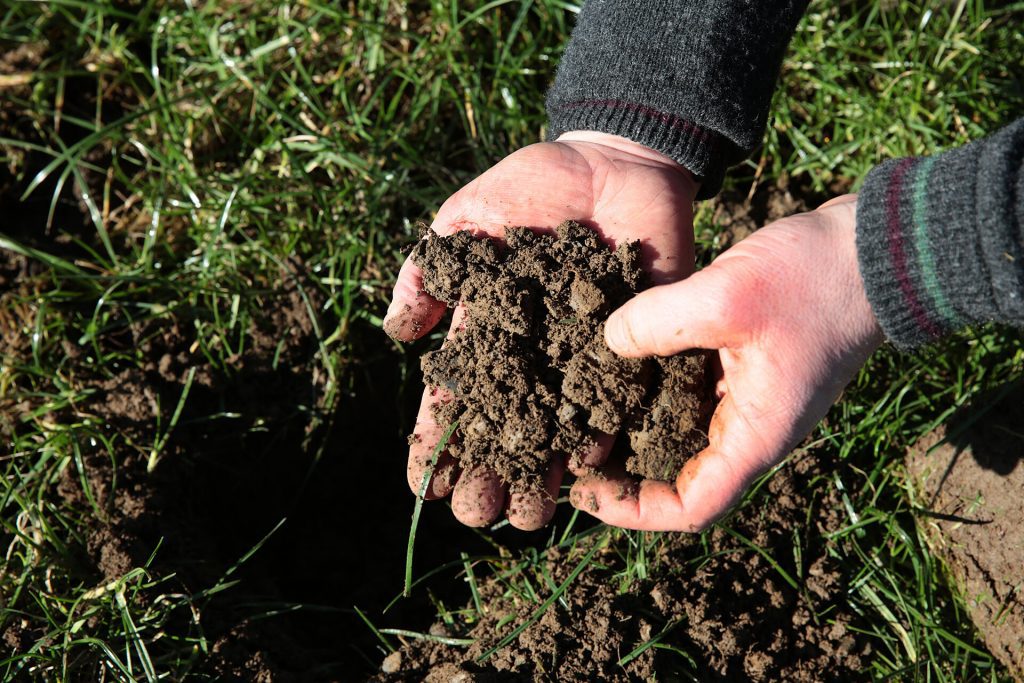 Starting from the left, the image shows the best soil structure. The composition is nice and friable with aggregates running through, making it ideal for grassland soils.

In the middle, the top-level is also friable. However, there is an issue farther down where the roots are zigzagging around large aggregates.

On the right, the surface is friable and seems okay. Unfortunately, there is a solid pan at the bottom, which indicates compaction has occurred. To remedy the issue, mechanical intervention would be required. 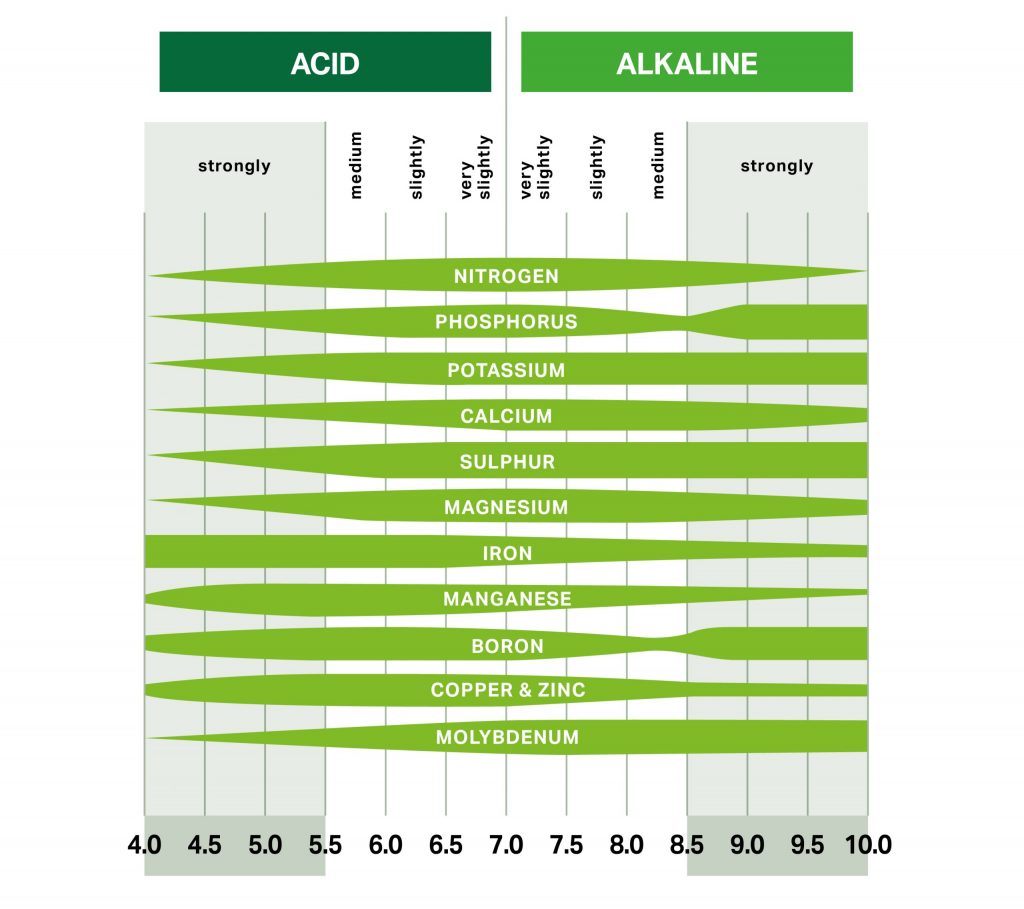 Although a soil pH of 5.8-6.2 would have been acceptable in the past, 6.2-6.5 is the current standard in grassland farming. From 6.2-6.5, this is when the macronutrients are most available, including nitrogen, phosphorus, potassium, sulphur, calcium and others shown above.

A pasture reseed won’t necessarily fail at 5.8, but this isn’t the optimal zone for nutrient release. When comparing 5.3 soil with 6.3, there is a DM difference of one tonne per hectare, which was worth £160 as of February 2021.

However, please be aware that excessive usage can smother young tillers and burn them out. This then leaves space for meadow grass and weeds to encroach.

Overgrazing occurs when grassland plants aren’t given any rest. Without recovery time, the plant will weaken and eventually die. Consequently, this thins the sown species out, allowing much less productive native grasses and broad-leaved weeds to encroach.

Conversely, under-grazing causes an issue when excess growth prevents sunlight from reaching the new tillers at the bottom. As a grass plant can only support three living leaves at any time, and the oldest leaf dies, this creates an acidic layer that livestock won’t eat. Ultimately, the growth of new leaves is restricted.

To fix the issue, regular mowing to reset swards can be undertaken. Ideally, the level of grassland forage should be taken down to 5 cm and the topped material removed. Alternatively, dry stock can be encouraged to graze it off before the pasture is left to allow fresh growth.

Soil can become damaged in different ways. Regarding soil compaction causes, heavy machinery is often to blame. For example, tillage systems can cause the subsoil to become compacted.

Harper Adams University and Scotland’s Rural College (SRUC) estimate that compaction can result in a 20% loss in yield. As for topsoil, livestock trampling can cause damage, especially during wet conditions.

Fortunately, there are infrastructure solutions. Specialist tracks can be made for vehicles and livestock while alternative entrances and exits can be created.

Germinal’s grassland experts recommend that you plan six months in advance. This will give you time to take soil samples and correct pH imbalances or improve the soil structure before starting with your grassland reseed.

Although spring reseeding can be influenced by the weather, it can offer greater potential. The weather conditions are often more favourable. And there’s moisture in the soil and air temperatures are heating up, giving opportunities to get young seedlings established.

Autumn reseeding will begin in late July/early August, but the cut-off point depends on where you are in relation to sea level and how far north in the country.

There are three reseeding methods to consider. However, the ideal option will depend on the condition of your soil, with ploughing a more extreme method compared to minimum tilling or direct drilling. 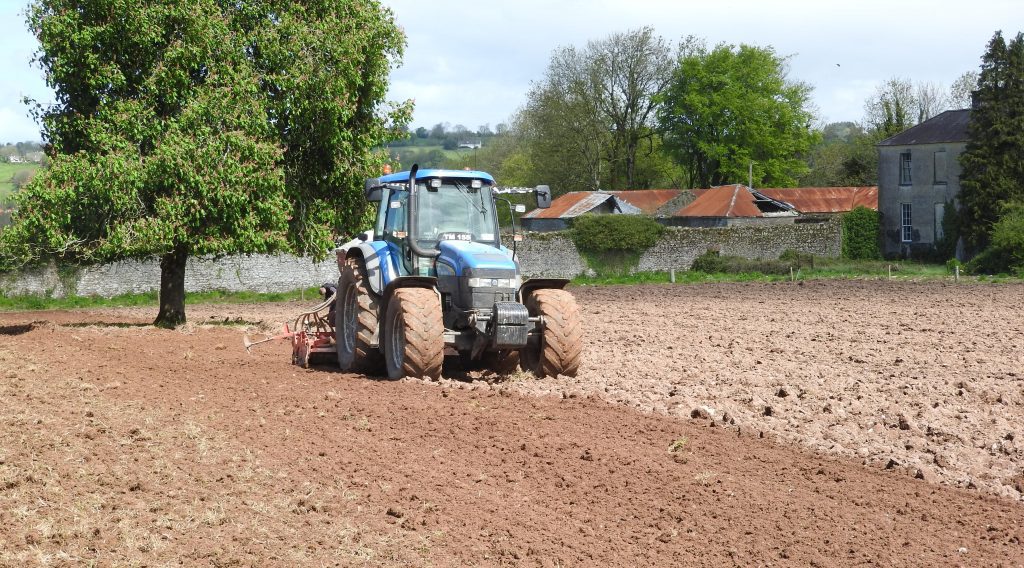 You might want to consider ploughing if soil compaction is an issue. Ploughing can remove the soil pan and bury trash and farmyard manure, with the old grass sward rotting down and releasing nutrients into the lower levels. Ultimately, your target is to produce a fine, firm and level seedbed while ensuring a good seed-to-soil contact.

Ploughing will destroy the old sward, but where land is ploughed too deep it brings less fertile soil to the surface. On lighter soil types, ploughing can lead to soil drying out. Meanwhile, you might risk disturbing seed banks of weeds – for example, dock weeds can lie dormant for 50 years.

Minimum tillage can be carried out with an air drill, disc drill or slot seeder. It can be a viable alternative for reseeding grassland without ploughing, as it is cheaper and there will be a limited disturbance of the topsoil.

However, the top layer can be difficult and there will be a layer of trash or thatch that must be broken down. You must also bear in mind that preparation is crucial. As ever, a fine firm seedbed with good soil contact is required.

Ultimately, min-till is effective on stony, shallow soils and provides an opportunity to burn off the old sward. Min-till will also enable a quicker return to grazing and is suitable if you want to avoid ploughing and spraying off.

As with all reseeding, it is important to start with a soil test at least six months in advance. This allows for the nutrient status to be corrected and the aim is for the soil pH to be in the 6.2-6.5 range.

The direct drilling process starts with spraying off the existing grass sward when it has a cover of approximately 2,800 kg DM/ha. After the spray withhold period, the sward needs to be either cut for haylage or silage or grazed tight down.

At this stage, an assessment needs to be made regarding the amount of thatch. If there is a substantial amount, it needs to be tine harrowed to break up the thatch to allow good seed-to-soil contact and to let in light to the base of the soil.

If there is a substantial amount of dead and decaying material, then it is prudent to add quick-acting prilled lime to neutralise this acidic layer.

Weed seedlings need to be dealt with at this point for a strong, productive sward to maximise dry matter yield. To aid tillering, the first grazing should happen when the new grass ley passes the pull test. However, it should not be grazed lower than 4 cm.

In summary, direct drilling is suitable for rotational grazing to renew old grass pastures or in areas of stony shallow soils.

In older leys with at least 60% perennial ryegrass, overseeding can be cost-effective and less intensive compared to a full reseed. In fact, you might even gain another two to three more years of usage and a higher yield in terms of DM and D-value.

This can be a useful exercise if you want to mitigate the cost of reseeding grassland. However, these agricultural grass seeds are small and without a significant energy source until photosynthesis begins.

The most suitable seeds are Tetraploids, as they have a larger seed with a greater energy source to allow for rapid establishment of the first leaf that then allows photosynthesis to build root reserves. Here are some of the decisions to be made:

Farmers can benefit from reseeding older pasture because grass is the cheapest feed available. As well as reducing feed costs, there are numerous ways you prosper:

Germinal works with farmers to understand their needs and breed ever-improving grass and forage seed varieties.

For more grassland advice, please visit our Knowledge Hub of webinars, videos and advice. Alternatively, ask our grass and forage experts if you need help figuring out the best time to reseed grassland on your farm.

Our Knowledge Hub is a resource of guides, topical discussion pieces and recent features for you to refer to and utilise for best practice.