The benefits of using red and white clover are more important than ever this year, and it is easy to see why more and more farmers are using it.

Clover is high in DM, ME and crude protein

Clover is a high-quality homegrown protein, and research from Germinal Horizon Wiltshire has found clover can reach high dry matter (DM) percentages with high ME content and crude protein when compared with average grass silage.

“It is a powerful combination for maximising protein efficiency,” explains Adam Simper, Germinal grass and forage expert. “We are seeing more evidence of clover’s impact on animal performance which tells us clover has a big role to play in the future.” 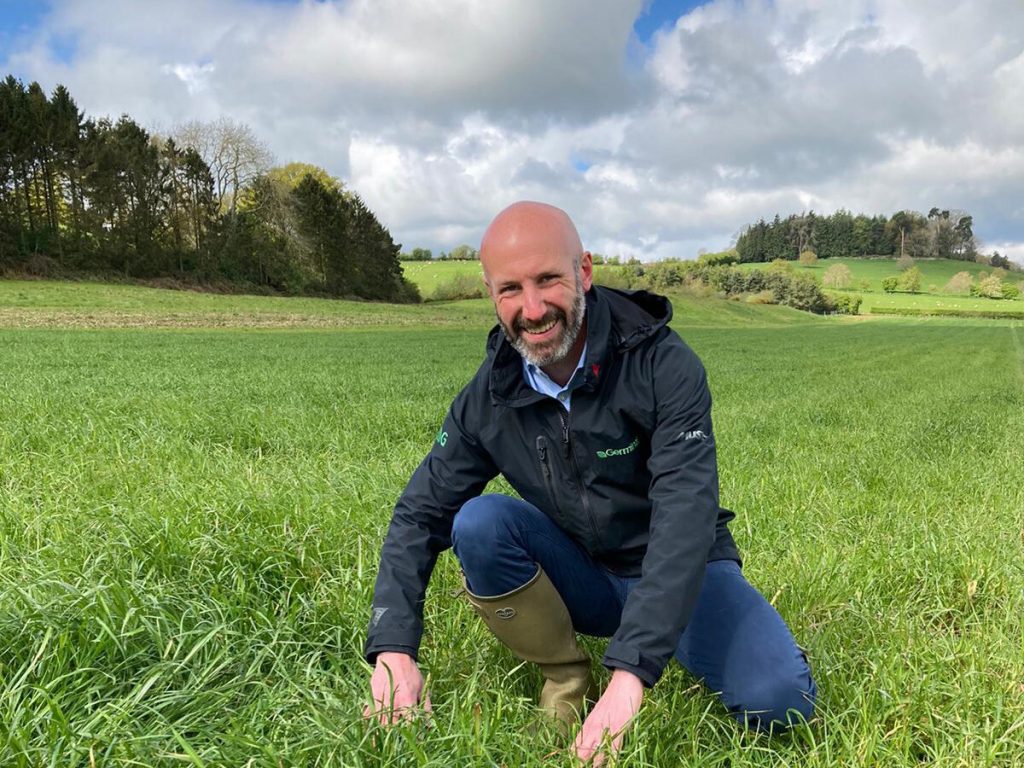 But, front of mind for most farmers this year is clover’s nitrogen-fixing properties. “You need approximately 30% clover in the sward to fix 150g-250 kg N/ha per year. Once established you could see 75-100 kg transferred to the surrounding crops, with the rest taken up by the clover plant itself.

"While fertiliser price rises have stalled slightly, they remain prohibitively high, so it’s natural farmers will continue to look at alternatives to applied nitrogen on-farm.”

When to sow red and white clover seed

“We recommend late summer sowing as clover typically doesn’t establish well in dry conditions,” says Adam. “But clover seed needs to germinate and establish before the cold temperatures hit – at which point it will go dormant.” 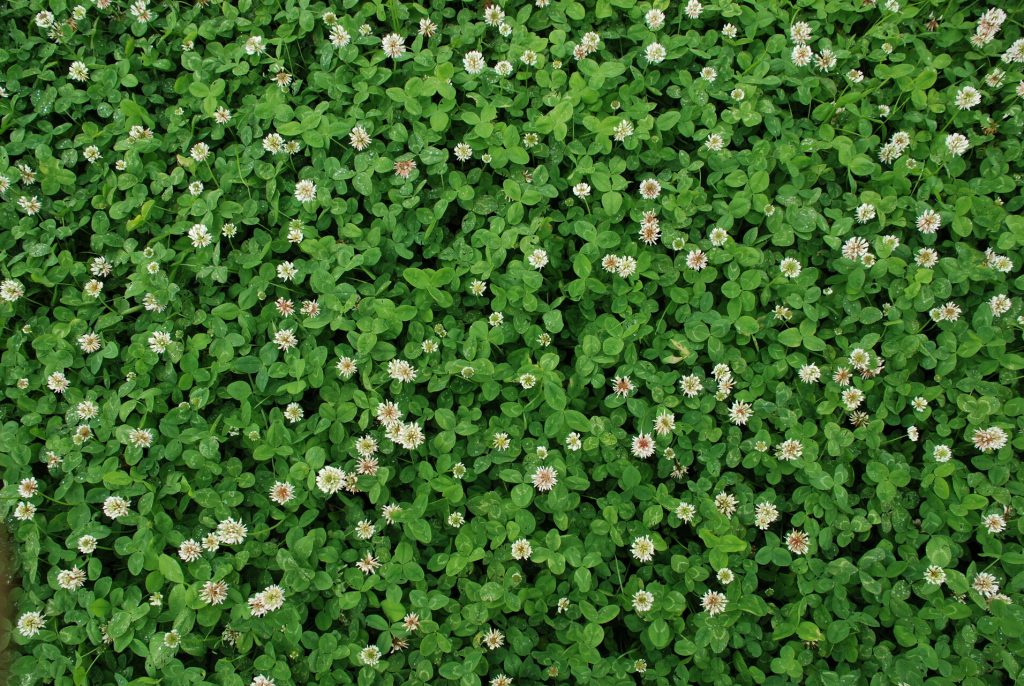 Small-leaf varieties as found in AberSheep are best for continuous sheep grazing whereas cattle grazing favours the larger varieties of AberDairy. The medium varieties found in AberPasture suit a rotational system.

Red clover silage typically has a protein content of 16-20%, compared to 12-14% from good quality grass silage. This is due to an enzyme in the red clover reducing protein breakdown in the clamp. Its superior feed value helps lessen the need for bought-in feed. 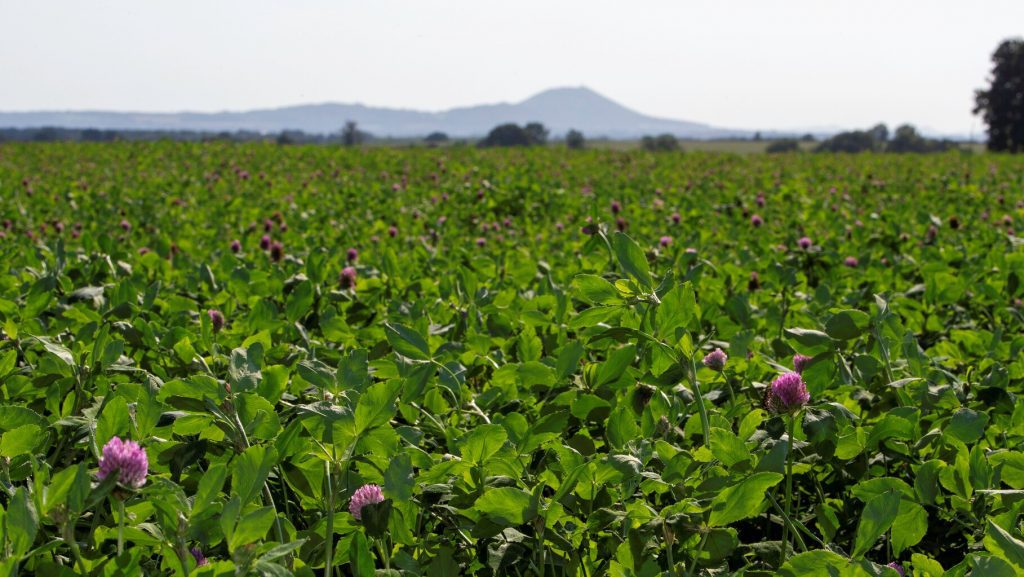 Germinal’s Aber Red 5 HSG Quality Silage mix is designed with this high-quality, protein-rich silage in mind. Add red clover seed at a rate of 3 kg to 9 kg of grass, or if you are stitching in red clover alone, use at least a 3 kg seed rate.

Adam adds, “Just one point to remember if you’re using clovers for grazing sheep. While growing lambs can thrive on clover, avoid feeding it (fresh or ensiled) to breeding ewes six weeks before and after tupping. Potentially high levels of phytoestrogens in the crop can cause fertility issues later.”

Why is everybody talking about clover?

We spoke to some farmers about why they use clover on their farms.

“The plan was to introduce clover into some of our grass leys to reduce spending on purchased nitrogen and increase the cows’ protein intakes to support constituent levels.

“While it is hard to quantify its impact, milk solids production and percentage continue to climb. I plan to carry on overseeding with clover in the future.”

“We sowed our first field with red clover in 2018, and now are growing 125 acres of it in a rotation. In the very dry periods, when the grass swards stop growing, the red clover just keeps on going and we’ve reduced our use of applied nitrogen fertiliser.

“We use a multi-cut mix and cut three or four times in a year but let it go into flower at least once so it can build up its root reserves for winter.”

“Red clover offers both drought resistance and adds bulk to the silage crop. During drought, the herbal leys were the only green fields growing on the farm. In the future, some of the older fields will go into diverse cover crops and then herbal leys to improve soil quality.”

“In the future, we plan to introduce more species into the leys, including clover to reduce reliance on bought-in nitrogen. It’s important to adapt and react to the current situation. It gives us an incentive to explore other options.”

“We add red clover into our finishing diets for the bulls and Blade calves. As we’re finishing them on 10.5% CP, this greatly reduces the need for bought-in feed.”

If you want to know more, ask our grass and forage experts about using clover on your farm.

Learn how you can manage grassland in dry conditions and how to grow drought tolerant forage...
Germinal’s outstanding new forage varieties added to 2022/23 Recommended Grass & Clover List
Ploughing is a tried-and-tested cultivation method, but some farmers are now reseeding grassland...
Paul Morgan explains how brassica crops can reduce housing costs and what to plant now for...
View all